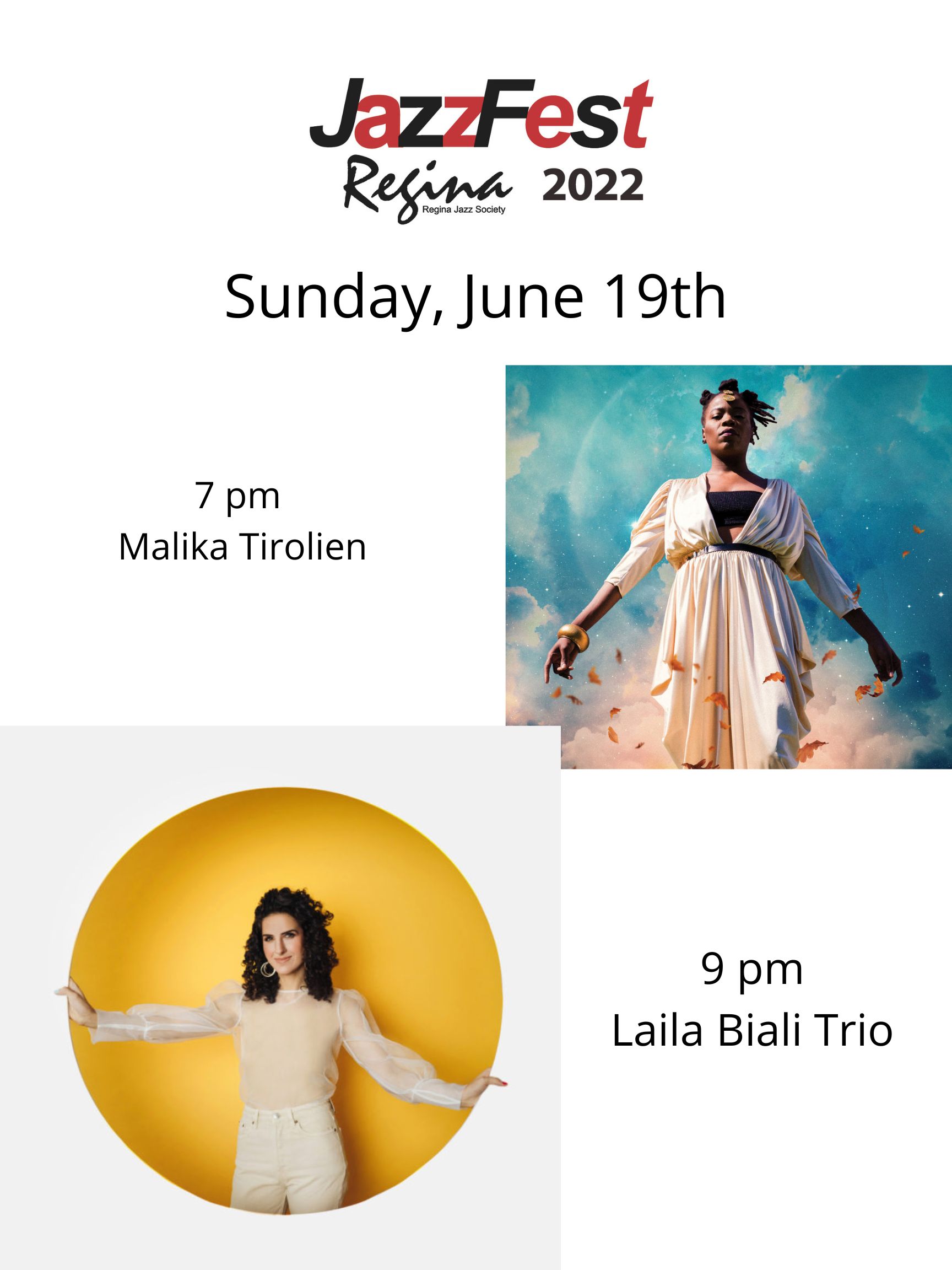 × JazzFest Regina 2022 presents Malika Tirolien, followed by the Laila Biali Trio on Sunday, June 19 at Darke Hall. Tickets are $50 each plus fees and taxes.

From Guadeloupe, Grammy nominated vocalist, songwriter and producter Malika Tirolien is an explosive mix of creativity, dedictation and genuineness. Her love, passion and respect for music can be felt in the sparkling authenticity of her performances in which her soaring voice immediately grabs your attention and her well-crafted compositions present effusive emotions through conscious and engaged lyrics.

Multi award-winning Canadian singer-songwriter, pianist and CBC Music national radio host Laila Biali has headlined festivals and venues spanning five continents from New York City’s Carnegie Hall to Beijing’s National Centre for the Performing Arts and supported international icon Sting. In 2020, Laila was honoured by SOCAN Music with the Hagood Hardy Award for Excellence in Songwriting. In 2019, Laila’s eponymous release won her a JUNO (Canada’s GRAMMY) for “Vocal Jazz Album of the Year.” The year prior, she was awarded top prize at the Canadian Songwriting Competition in the Jazz category. Laila was also the youngest-ever double winner at Canada’s National Jazz Awards when she was named “SOCAN Composer of the Year” and “Keyboardist of the Year.” She received her first JUNO nomination for Tracing Light (2011), and a spot on DownBeat Magazine’s “Best Albums of the Year” for Live in Concert (2013) and Out of Dust (2020). In September of 2017, Laila was brought on as the host for CBC Music’s national radio show, Saturday Night Jazz, a weekly show broadcast to listeners across Canada. While Laila continues to earn high honours in the Jazz world, her signature sound transcends genre as she “masterfully mixes jazz and pop, bringing virtuosity and unpredictability to songs that are concise and catchy” (Washington Post). Laila’s highly anticipated album, Out of Dust, which features multiple GRAMMY nominees and winners including Lisa Fischer, Alan Ferber, John Ellis, and Larnell Lewis, released March 27, 2020 and was also nominated for a 2021 JUNO Award.